A fan has created a PewDiePie Fortnite skin, pushing it as the ultimate idea to keep the channel ahead of T-Series in the YouTube subscriber race. And for those who want to keep a real time track of subscriber number for both channels, there’s a live stream for you. Both these developments in our latest story here.

PewDiePie has been excluded from YouTube Rewind 2018 video. Why YouTube chose not to include their most subscribed channel in their annual recap video? Read our coverage here.

With this, the raging war against supporters of the very popular Swedish YouTuber, comedian and video game commentator and almost equally popular Indian music company has further heated up.

For the uninitiated, PewDiePie’s channel – which currently has over 74 million subscribers (74,419,876 to be precise) – was the undisputed king of channels on YouTube in terms of followers until India’s music label T-Series caught up. The later now also has over 74 million subscribers, but at 74,003,560, the number is still significantly less when compared to PewDiePie.

A lot has happened recently in this ongoing war, with the YouTuber coming up with diss tracks against T-series to fans of both channels being engaged in ugly, racist online fight. PewDiePie publicly criticized this behavior of their fans, and as a good will gesture, helped raised an Indian NGO over $200,000 in a single day.

An interesting development took place late last week when a PewDiePie fan hacked thousands of printers around the world. The hack resulted in prints coming out printers urging people to support PewDiePie in this ongoing YouTube subscriber war.

Even the GTA V was also hacked by PewDiePie fans to gain attention and bring more support.

Even celebrity Logan Paul also pledged their support to the YouTuber:

Your time of darkness will reveal an unlikely ally.

And if that’s not enough, there’s also a change.org petition that’s urging Prime Minister Theresa May to help PewDiePie stay ahead of T-Series. 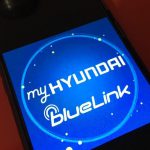