In his latest video, PewDiePie has slammed fellow YouTuber Lilly Singh for her take on Forbes’ ‘Highest-Paid YouTube Stars 2018’ list. He also reacted sharply to Logan Paul‘s support to ‘subscribe to PewDiePie’ campaign.

PewDiePie fans/followers have been doing all sorts of crazy stuff to keep the channel at the No.1 spot. From hacking printers worldwide to creating custom PewDiePie Fortnite skins to even petitioning British PM, they’re leaving no stone unturned.

Likely because of this, the PewDiePie channel gained over 5 million subscribers in just a month. The battle is still nail-biting though, as the T-Series juggernaut is also gaining YouTube subscribers at a good speed.

But there has been a sad development in this story as well. Someone apparently hacked the T-Series official website. While there’s currently no information on exactly who did this, it’s reasonable to assume a PewDiePie fan/follower is behind it given the timing of this development as well as chatter on social media.

It’ll be interesting to see how the episode unfolds here on. Meanwhile, you can track live comparison between YouTube subscribers of both channels by heading here. 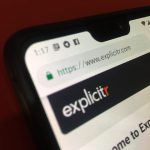 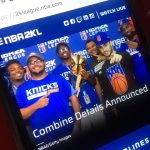