Rewind 2018 on way to become most disliked YouTube video ever YouTube dropped this year’s recap video late last week. Despite being of a slick production quality, the video opened mostly to negative reviews. Most people complained about the absence of some of the most impactful YouTubers like PewDiePie (whose chair made it to the video though).

While it was evident from day one the video is getting big thumbs down, the ever increasing gap between the number of dislikes and likes has resulted in another newsworthy development: YouTube Rewind 2018 is all set to become the most hated YouTube video ever.

Yes, that’s true. According to Wikipedia, it currently sits at the No.2 spot with close to 6.5 million dislikes and under 2 million likes.

As you can see, topping the chart is Justin Bieber’s ‘Baby’ which was released back in 2010. With the speed at which Rewind 2018 is gaining dislikes, it’s reasonable to say it will on the top in no time. Rest assured, we’ll be among the first ones to let you know as and when that happens. 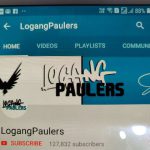 YouTube takes down Logang Paulers after complaint from Logan Paul