YouTube Rewind 2018 has got a big thumbs down from viewers, and exclusion of PewDiePie has likely played a big role in it. Detailed coverage here.

PewDiePie may be the most subscribed channel on YouTube, but that doesn’t guarantee its inclusion in YouTube Rewind videos (that, for those who aren’t aware, are released towards the end of each year to commemorate the videos, people and events that defined the year).

The channel, owned by Swedish game vlogger Felix Kjellberg, was excluded from YouTube Rewind 2017. And yet again, there’s no mention of it in this year’s YouTube Rewind video, which was released a few hours back.

Kjellberg had confirmed last year that he wasn’t invited to appear in the video.

That – it’s a known fact – happened due to the controversies PewDiePie was involved in. To refresh, some of their videos included anti-Semitic imagery, which resulted in Felix losing their YouTube Red series, Scare PewDiePie. Then there was also a huge backlash after Kjellberg used the ‘n-word’ during a live stream broadcast.

For those who are wondering why YouTube keeps controversial stuff away from its rewind videos, well this is due to the fact that these videos are aggressively used as marketing material aimed at courting large advertising deals.

Kjellberg hasn’t responded to this year’s exclusion yet, and we’re not sure whether or not they even will. But it’s safe to assume there would have been some controversies or backlashes that may have led to YouTube dropping their most subscribed channel – which is now under threat of being dethroned btw – from their yearly recap video second time in a row.

Anyway, here’s the YouTube Rewind 2018 video, do take a look: 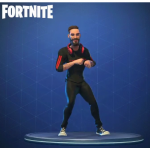