Prior to that, PewDiePie helped raised an Indian NGO over $200,000 in a single day as a goodwill gesture after Felix Kjellberg (who owns the PewDiePie YouTube channel) noticed that his fans have been making racist jibes about Indians.

Also worth mentioning is the printer hack from last week that urged people to support PewDiePie in this ongoing YouTube subscriber war.

And if that wasn’t enough, PewDiePie’s supporters have hacked GTA V and – what more – even launched a change.org petition that’s urging British Prime Minister Theresa May to help PewDiePie stay ahead of T-Series.

Now, there was one more idea floating around, one that required Epic Games to give Kjellberg his own skin in Fortnite. Of course, to get this skin, users would have have to subscribe to the PewDiePie YouTube channel.

Unsurprisingly, Epic Games hasn’t confirmed any such development (and we don’t see why they actually would do something like that given Felix doesn’t even play Fortnite), but a PewDiePie fan went ahead and created the skin. Take a look:

*CONFIRMED* PewDiePie is in Fortnite. This is his last chance to beat T-series from PewdiepieSubmissions

This fan creation caught PewDiePie’s attention, who even briefly talked about in one of their recent videos.

As of writing, T-Series is inching closer to PewDiePie, with the difference in subscriber number now at around 488,000. It was way to close a few days ago:

Anyway, If you want to track the live sub count, here’s a live stream doing that for you: 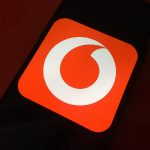