As a Tumblr user, you might already be aware that the social media and blogging platform, has been going through a tough phase recently.

For those who aren’t aware, PiunikaWeb was the first publication to report last week that Tumblr’s iOS app is no longer available on the Apple App Store and users can’t search for NSFW content on the platform now.

We could see reports from both iOS and Web users about these changes. However, Tumblr for Android apparently remained unaffected all this while. Well, no more.

User comments on the Google Play Store listing of the Tumblr app suggest the November 20 update took away the ability to search NSFW content for Android users as well. Here are some of the comments:

Worst update ever! Used to use the app all the time then they decided to remove NSFW searches and permanently turned on safe search for everyone. Absolutely ridiculous!

since the last update locked safe search on, I have not been able to find other artists and pages

You’re only making your bed for the people who upload NSFW stuff to go to a different platform. Might as well just delete the app since it’s basically useless now 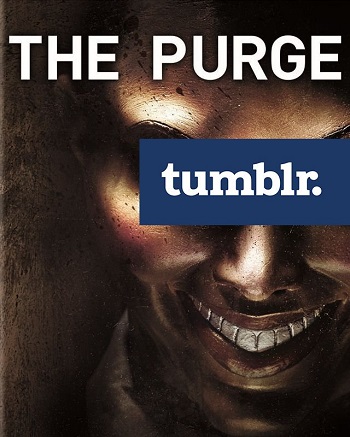 Hey @tumblr safe search unlock button appears to be gone from my android app and the web browser... What gives?!

For the love of my sanity, someone tell me how to disable safe search on Tumblr from android because I cannot find the FUCKING PADLOCK SYMBOL WHAT IS GOING ON!!!

Yo,
What's going on with #tumblr?

I can't turn off safe search on android and half of my art references are gone.

I know a purge is happening, but seriously?

So with this, Safe Mode changes made by Tumblr are inline across all platforms: iOS, Android, and the Web.

The reason behind all this Tumblr mess, as you might already know, is the detection of child pornography material on the platform. So it’s not surprising that the company is going after Tumblr blogs that post or share such kind of content.

However, what’s sad is that lot of general NSFW blogs and even some SFW blogs have been purged in the process.

First they removed the ability to search NSFW content on mobile, now all NSFW content must go (SFW content is getting caught up in it too.)

This is apparently due to some poor filtering. :(

So it’s all a mess at the moment, with no end in sight. We hope Tumblr provides further update on the matter, and everything gets back to normal as soon as possible.

[Feb 11, 2019 update] Beachbody On Demand login not working? Yes, service is down

Is Tumblr shutting down? No. But there’s exodus and Newgrounds is gaining from it