Want to move Tumblr blog to another platform? Here's how to export data

After Tumblr’s iOS app was booted from the Apple App Store, we continuously saw reports of NSFW/adult/explicit blogs being deleted. Even many SFW blogs got deleted in the process.

And now, after the recent announcement that no adult posts or blogs will be allowed on the platform starting December 17, it’s natural to see affected users migrating to other platforms. While some have made the switch, others are still looking for alternatives.

Then there are also those who may want to move their blog data over to the platform they are migrating to. If you are one of those, and want to know how to do this, we’ll help you with the first step.

Here’s how you can export your Tumblr blog data:

This way, you should ideally get the data that you can then import to any other platform like Wordpress.com. Of course, if Wordpress is not the platform you are moving to, then you’ll have to see how your new platform lets you import the data from Tumblr. 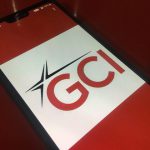