Owl pics? Here's how Tumblr censor bots are being fooled

However, it has now come to light that there are users who are trying to test the limits of Tumblr’s content censoring algorithm. Some screenshots and details posted in a blog post on Tumblr (which has now been deleted, but not before social media picked it up) reveal that the censorbots can be fooled by superimposing pics of certain size on the original content.

The following tweet shows how someone apparently managed to fool Tumblr’s algorithm by transplanting an owls image on a pic that was marked as explicit by Tumblr’s censoring bots. It’s worth mentioning that this was only achieved when the owl pic was scaled 50%. Take a look:

There are many ways in which software’s detection of objects can be fooled and object transplantation is apparently one way. Someone on this very Twitter thread pointed towards a recent research on this:

So what does this mean? Can owl pics save your NSFW content? Well, we aren’t sure at the moment, but even if that’s the case, Tumblr may tweak their algorithm to plug in this loop hole. For what it’s worth, chatter on Twitter suggests the company is using open_nsfw software from its parent Yahoo.

And as others have pointed out, the software has some major discrepancies.

According to Yahoo open nsfw, this is the most not safe for work picture that the mars curiosity rover has taken so far, with a score of 96%. pic.twitter.com/IEsimSEAlE 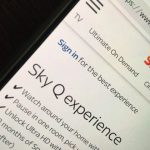