Tumblr users were in for a rude shock last month when it came to light that its iOS app has been removed from the Apple App Store. Possibly around the same time, the ability to search NSFW or explicit content was also taken away. Tumblr later revealed that pornographic material featuring children somehow went past its filters, and detection of this kind of content resulted in Apple booting the Tumblr app from its application store.

It’s been well over half a month since all this happened, and nothing seems to have changed – the app is still missing from the App Store and NSFW searches are still not possible (Safe Mode setting is on permanently). While Tumblr hasn’t revealed what exactly it has been doing all this while, users have taken to social media platforms to complain that the company is after all kinds of NSFW blogs, deleting not only them, but even some SFW blogs in the process.

So you see, Tumblr’s effort to clean its platform of child pornography (which, btw, has existed on Tumblr for years now) is affecting everything NSFW. Well, almost everything. ‘Almost’ because there’s at least one aspect that’s apparently unaffected: ads. Yes, adult or NSFW ads are still being served, and unsurprisingly, users aren’t happy about it.

On one hand, Tumblr isn’t letting users access anything NSFW and on the other hand, it’s serving adult/explicit ads. That’s ironic, to put it mildly. We’re continuously monitoring the Tumblr situation, and will let you know as and when there’s any news-worthy development on the matter. How to check if Moviebox or ShowBox replacement/alternative is safe? 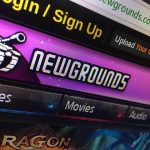