A month after the release of MIUI 12.5 beta update, the firmware is yet to hit the stable channel.

This was expected, though, as Xiaomi did confirm shortly after launch that the stable rollout shouldn’t be expected until April 2021. This means we still have at least two more months of waiting.

During this time, Xiaomi will be releasing regular MIUI 12.5 beta builds to participating units in China.

To date, close to 30 devices are taking part in this program, some based on the latest Android 11 OS while others are having to make do with the older Android 10, among them the Redmi Note 7 and Note 7 Pro.

At launch, MIUI 12.5 was touted to bring plenty of new features to existing devices. This is despite the fact that it is just an intermediate update ahead of the MIUI 13 update.

Since early builds are usually filled with bugs and issues, Xiaomi has been using the past few weeks to iron them out. The company has also been actively adding new features to these MIUI 12.5 builds.

Beginning with MIUI 12.5 beta 21.1.25, eligible devices should be able to take advantage of a new feature that lets users check battery health, as seen in the screengrab below.

As if not enough, Xiaomi went ahead and added realistic touch (haptic) feedback demos in the latest MIUI 12.5 beta 21.1.26.

What this does is introduce new haptic feedback patterns to match current activities on the screen. Check out the screenshots below from a Telegram channel that shared this info.

Below is a video demonstrating how the new MIUI 12.5 haptic feedback feature works.

It is likely that not so many in the midrange segment will receive this feature since it might be hardware dependent. This, however, is just a hunch, but we wait for further communication from Xiaomi.

As you do so, be sure to take a look at our MIUI 12.5 update tracker and Xiaomi Android 11 update tracker to get to know when your device bags either update. 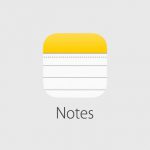