Xiaomi has just announced the update to MIUI 12.5 alongside the Mi 11 at an event held in China.

The update, as expected, tags along a bunch of new features, optimizations and system improvements over the outgoing MIUI 12.

There are plenty of new features to smile about, but perhaps one of the best tweaks to the MIUI system is the reduced number of pre-installed system apps.

Apparently, the new MIUI 12.5 update boasts fewer apps than the likes of iOS, EMUI, and other Android vendors. Xiaomi has also included a bunch of new nature-inspired system sounds from across the globe.

Of course, it is still early to tell all that Xiaomi has included in this particular update, but it is obvious that fans would really want to know if and when their devices will receive the MIUI 12.5 update.

And thanks to Xiaomi, we now have an idea of which devices will receive the update and when the same will be made available. Unfortunately, it might not be what was expected.

A while ago, reports emerged claiming that MIUI 12.5 stable will be made available in late February 2021. At the time, it made sense given that not many changes were expected in this update.

But after a closer look at the changelog, this might not be possible, especially given that Xiaomi is also working on Android 11 updates.

And indeed, on the official MIUI page for China, Xiaomi has published an official list of devices that are scheduled to receive MIUI 12.5 update in 2021. To no one’s surprise, the Mi 11 and Mi 10 series are up there.

The stable update will arrive on the Mi 11, Mi 10 Supreme Memorial Edition, Mi 10 and Mi 10 Pro in late April 2021. The rest of the devices will get their release dates later on.

As for the public beta testing program, it begins in mid-January 2021 and below are the devices that can participate:

To know when your device bags the new firmware, keep an eye on our MIUI 12.5 update tracker.

We also have a tracker for Xiaomi Android 11 update, which is likely to be accompanied by this new skin for eligible devices.

Here’s the list of first batch devices that have received the MIUI 12.5 closed beta: 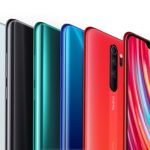