Original story (pubished on May 5) follows:

We are 8 months into the life cycle of Android 10 and at this point, most of the devices that were eligible for an update to this build of Android have either been updated already or the development for the same is in its advanced stages.

And today, Nokia has reportedly added yet another device to its list of Android 10 devices by rolling out the update to the Nokia 5.1 Plus. To recall, we were expecting this update a while ago but Nokia delayed it a little bit until its engineers could figure out a bug with WiFi. The update was still expected sometime during this month, as the Android 10 internal beta for 5.1 Plus leaked last month following which we got to see the glimpse of Android 10 running on the device in form of a video.

Cut to now. It is coming to light the OEM has already begun pushing the Android 10 update to Nokia 5.1 devices. The info comes from Nokia support, who confirmed the release while reverting back to a user (as can be seen in the image below).

While there’s yet to come an official word on the matter, if the information from the support is to be believed, we shall get to see the announcement going live sooner or later today. Rest assured we’ll keep you informed by updating this post as and when that happens.

After Nokia 5.1 Plus, the focus will shift to Noki 3.1 Plus – last of 7 promised device to get Android 10 in early Q2. And according to Nokia’s updated roadmap for Android 10 release, later in this second quarter of 2020, the company plans to roll out Android 10 to the following devices:

We’ll be keeping a close watch on all Android 10-related developments on the left out Nokia devices. In the meantime, as Android 11/R is already under development, head here to see if your Nokia device is eligible for the upgrade. 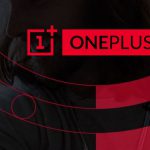 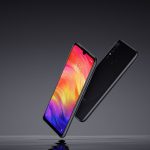