Realme had been testing Realme UI 1.0 based on Android 10 on the Realme 3i and Realme 3 for a couple or so weeks before the stable version started rolling out a few days ago.

The OS update, like others before it, has been released over the air to the two devices. Its natural for OTA updates to take days or even weeks before hitting all intended units.

This is what the Realme 3i and Realme 3 Android 10 update will be like, meaning some will get the update next week or maybe even the week after. Quite frustrating it can be, especially after having waited for this long for the update to arrive, but it can also be a blessing in disguise.

Cases in point are Xiaomi Mi A3, Mi A2, and even the Mi A2 Lite Android 10 updates. One wouldn’t want to rush their way into a new major Android OS update. The ideal thing is to wait for a few days or even weeks before making the switch, at least after gathering feedback on the stability of the OS.

On the brighter side, Realme has a way out for those who wish to be on the front line of the latest Realme 3i and Realme 3 Android 10 update. Rather than wait for days or weeks, you can apply to be considered first when the next batch picks up the OS.

We noticed that some users want to receive the latest Stable updates in the same time when roll out start. You can apply for realme UI Stable Release for realme 3/realme 3i now! （Limited seats， first-come-first-served）

It’s not the first time Realme is doing this. It happened with the Realme 3 Pro and Realme XT and it seems it worked well, so be sure to submit your application right after reading this if you want to get the Realme UI 1.0 update first.

To apply, make sure your current version is A.28. Thereafter, go to Settings > Software Update > Click the top right button > Enter Trial Version Upgrade, and choose the Stable Release for Realme 3/Realme 3i as shown in the image below. 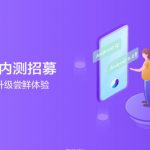