Xiaomi’s Android One program is a mixed bag. On one side are great pieces of hardware with some cool specs and features. On the other side is a poor software experience that is often marred with cases of bugs after every update.

The Mi A1, Mi A2, and the Mi A3 have all been here following major Android OS updates. Another member of the family, the Mi A2 Lite, is no exception. Things have started heating up following the recent Android 10 update, with frustrated device owners flocking the Mi forums to air their feedback.

Multiple issues have been raised since the Mi A2 Lite Android 10 update started rolling out. Not just the latest rollout, but also the initial rollout from March.

The bug that bricked multiple units after the first Android 10 OTA was fixed in the subsequent update. But from the latest reports, it seems the updated firmware brought along a flurry of other bugs that are frustrating Mi A2 Lite owners.

Below are some of the major Mi A2 Lite Android 10 update bugs that Xiaomi needs to address in future updates:

Although the bugs above are more prevalent, one device owner went further and created an even more comprehensive list of Mi A2 Lite Android 10 update bugs as shown below:

While we know that some of these bugs will be addressed in future software updates, we can’t tell which ones will be prioritized over others. Perhaps sharing your bug reports via the feedback app may help escalate things for the bug annoying you.

Also, in case you haven’t done a full factory reset after the Mi A2 Lite Android 10 update, try one. You may be surprised by the number of issues the process can fix, but be sure to back up your data first. 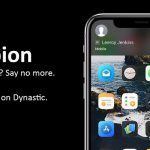 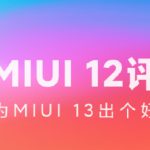