Xiaomi started rolling out the stable Mi A2 Lite Android 10 update last week. In an official statement, the company noted that the update had been released partially and will roll out in phases over the next few days or weeks for that matter.

As noted above, the update was made available for units coming from Android Pie and those who received the buggy Android 10 update back in March.

It is natural for OTA updates to roll out in stages. This explains why only a few Mi A2 Lite handsets had received the update to Android 10 by the end of last week.

But in a quick turn of events over the weekend, it appears that Xiaomi has started rolling out the Mi A2 Lite Android 10 update to more devices in various regions across the globe.

Multiple reports from Europe, Latin America, and Asia are showing up in Mi forums, Twitter and even Reddit, all but confirming the wider rollout is on. Unfortunately, though, Xiaomi hasn’t made an official announcement on this, but it shouldn’t be long based on the current developments.

Also, we are yet to come across the official download link for the latest Mi A2 Lite Android 10 update. This should come in handy for those who want to install the update manually on their sets.

We will keep an eye on the story and update this post with the official announcement details from Xiaomi alongside the download link as and when we get them.

The Android 10 update for the Mi A2 Lite has brought in an end number of bugs. Head here for more coverage. 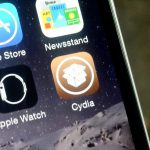 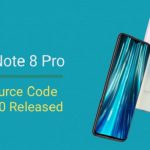