With Android 11 under development, Android 10 isn’t exactly new anymore. But OEMs are working continuously to push it’s Android 10 based customized skins – MIUI 11, ColorOS 7, Realme UI 1.0 and One UI 2.0/2.1 – to name a few – to the eligible devices.

The Chinese OEM Oppo has been making active progress on the path and unlike many, has been quite transparent about the Android 10 release schedule. Time and again they’ve been coming u with the quarterly and monthly update release schedule.

The latest addition to the ColorOS 7 beta club are the Oppo F9 and F9 Pro device that received the update a few hours back. And the OEM now aims to shift the spotlight to the next two devices – K3 and K5.

ColorOS 7 beta recruitments for Oppo K3 began during the second week of April, while for the Oppo K5 it initiated months back. While the beta has been out for quite sometime now, the OEM now plans to release the stable Android 10 update for both Oppo K3 and K5 in the coming month.

Following are the exact dates (translated):

It was earlier revealed that the ColorOS 7 early adopter program for Oppo A9x, A11, A11x/A9 2020, R15 & R15 Dream Mirror Edition will kick start in the second quarter. However, the actual month of the push wasn’t known for devices other than A9 2020 (May) and the Oppo R15 lineup (June).

Cut to now. The OEM has revealed the actual dates for the above-stated devices (translated). Please be informed that these dates are currently for the China release. The May month schedule for the global release of Android 10 on the stated devices should follow soon. Like always, we’ll be keeping a continuous tab on that and update this post with all the latest developments.

P.S. Take a look at whether or not your Oppo device is eligible for the Android 11/R (ColorOS 8) upgrade.

The global ColorOS 7 rollout plan has been revealed. Head here for more details.

The stable update to Android 10 for the Oppo K3 and Oppo K5 is now live. Head here for more coverage.

The beta recruitment to ColorOS7 for the Oppo A11 and A11x has kickstarted. Head here for more coverage. 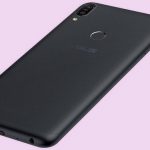