At this point, Android 10 is not exactly new. I mean, we have already started seeing very early builds of Android 11 so the focus is slowly moving away from how ‘fresh’ Android 10 is, or MIUI 11, ColorOS 7, or OneUI 2.

That said, some phone-makers are still in the active development phase of Android 10 builds for some of their eligible devices that have not been updated yet. One such OEM is OPPO. The company has been working on its skin, ColorOS 7 that is based on Android 10 for a while now. We have seen a lot of progress from the company and just yesterday, Oppo announced ColorOS 7 early adopters for Reno 10x Zoom, Reno 2, Reno Ace, Find X, & R17 and R17 Pro. You can read more about that here.

We also saw the company release a detailed roadmap for Android 10-based ColorOS 7 a while back. This was then revised and you can read more about that here.

Sticking with the same momentum, Oppo has just released its roadmap for the planned rollout of Android 10-based ColorOS 7 to some of its remaining eligible devices. The announcement details how the company plans to carry out Android 10 trials for a number of its devices going into the second quarter of 2020.

#ColorOS fans, rejoice! ?
Now that March is here, we understand that many fans have been waiting for more #ColorOS7 + #Android10 trial version batches.
Check our Q2 plan and stay tuned for more announcements!
Source

A few takeaways from the announcement is that Oppo plans to start the beta tests for ColorOS 7 on the Reno2 Z and Reno2 F, the RX17 Pro later this month. These should be followed by the Oppo K3, F9, F9 Pro in April and so on.

OPPO also goes out to state that the devices that are currently undergoing Android 10 trials include the likes of the Oppo Reno, F11 Pro Marvel’s Avengers Limited Edition, the Find X Automobili Lamborghini Edition among others.

Once the time comes, Oppo says that eligible device owners should register to enroll for the trial program using this link.

We have covered ColorOS 7 extensively and you can take a look at our coverage to find out what other OPPO devices are in line for Android 10, or if they’ve already been updated.

It is refreshing to see a Chinese phone-maker with one of the most extensive Android skins in the market today, updating its devices to new builds of Android. This says a lot about Android as a platform.

It remains to be seen whether Oppo will be able to roll out the said updates to its devices within the times stipulated in this roadmap. If history is anything to go by, it probably will.

Has the ColorOS 7 (aka Android 10) update for Oppo Reno2 Z been update delayed to March-end? Complete coverage here.

Android 10 recruitment for the Oppo Reno2 Z is now live. Head here for the latest coverage.

The ColorOS 7 update is rolling out to early adopters for the Reno 2 Z. Get the latest coverage here.

NOTE: We have these and more OPPO-stories in our dedicated OPPO section.

The beta update release dates for the Oppo R15/R15 Dream Edition, A9, A9x and A11 have been revealed. Head here for more coverage. 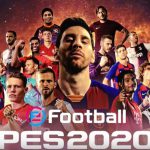