[Updated] Poco F1 (Pocophone F1) not officialy listed in MIUI 12 eligible devices despite being confirmed for the update, why so?

It is natural for the frequency of software updates to decrease as smartphones age. This is what fan-favorite Pocophone F1 aka Poco F1 is going through right now having been around since August 2018.

Following the revelation that software updates will no longer be as frequent as before, Xiaomi India then went ahead and removed the Poco F1 from the list of devices that receive support via the Mi Community forums.

This wasn’t expected, but the company was quick to defend its actions, promising to bring what is likely a Poco-centric community forum to match the recent changes that saw Xiaomi make Poco an independent brand. Amid uncertainties surrounding the Pocophone F1 software support, concerned device owners started asking questions regarding the status of the Poco F1 MIUI 12 update. In response, the company did confirm an update was in plans.

This, of course, is causing unrest among owners of the device who are wondering what’s really happening down there at Xiaomi. Well, having been around Xiaomi and MIUI updates for some time, we do have some good news for you.

As noted, none of the Poco devices appear on the current list of devices eligible for an update to MIUI 12. The reason for this is that Xiaomi hasn’t released the global MIUI 12 update schedule, which is the version that touches on the Poco family.

The Poco F1 never saw the day in China. As for the Poco X2, it goes by the name Redmi K30 (4G) in China. This model is, in fact, participating in the ongoing MIUI 12 beta program and will receive the stable update by the end of June 2020.

Since the Poco X2 and Redmi K30 are literally the same device, the latter’s MIUI 12 update will lead up to the former’s update as well, probably several weeks later in July or August. The Pocophone F1 should also pick up its MIUI 12 update at around the same time or maybe later on.

Other similarly affected devices yet are eligible for an update to MIUI 12 include the Mi 9T, Mi 9T Pro, and Mi Note 10. In China, these devices go by the names Redmi K20, Redmi K20 Pro, and Mi CC9 Pro, respectively. So yeah, they will be upgraded to the new skin too.

We expect to see these devices included in the list of models eligible for the global MIUI 12 update, which should be revealed in the coming weeks.

To avoid the confusion and shed clarity on the matter, recently, someone from the device team, as well as a Xiaomi community moderator, addressed the matter saying:

Also, Sameer Khan, Social Media Marketing Specialist at POCO India mentioned that they will give an update regarding MIUI 12 for POCO F1 soon so we need to wait for announcement from them for now. – says the Device team member

POCO F1 will surely receive MIUI 12 update. Don’t get excited with the China release of MIUI 12 – we don’t even have a China ROM for this device. Let’s wait until the global launch and then we’ll have more clarity on an expected ETA. – says the forums moderator

Xiaomi’s Mi 8 MIUI 12 has been ported to the Poco F1. Head here for more details.

The MIUI 12 update for the Poco F1 has been confirmed. Head here for more coverage.

The update to MIUI 12 for the Poco F1 is expected to arrive in July. Head here for more details. 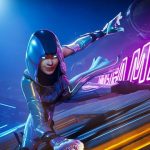