On May 19, Xiaomi made the global MIUI 12 update official. On stage, the company also revealed the devices that will be receiving the update and when to expect the rollout to begin.

As usual with major updates, the global MIUI 12 update will be pushed in batches. There is a confirmed phase 1 and phase 2, but we are likely to see the latter break into two or probably even more phases.

As you can see from the image above, the Poco F1 MIUI 12 update is expected in phase 2. Since that’s slated for Q3 2020, it’s only safe to expect the update to arrive anywhere in July going forward.

This isn’t our saying but words from a Mi forum moderator responding to a concerned Poco F1 owner eager to get aboard the MIUI 12 ship.

Global MIUI 12 was only launched today. POCO F1 will get MIUI 12 in the second batch of the rollout, as per official information. Since there’s no longer Beta ROMs unlike China ROM, we won’t get the closed Beta. So wait for the rollout in second batch – could be July or later.

In what is more of wishful thinking, the same moderator goes on to urge Pocophone F1 owners to stay optimistic that Xiaomi could even push a third major OS upgrade to Android 11.

It’s a two year old flagship – it has received 2 MIUI updates and also 2 major Android updates already. It will receive MIUI 12 soon and if we are really lucky, we may even get one more major Android update too (not confirmed, but it’s nice to hope). Always believe that something wonderful is about to happen.
Source

So far, a working GSI is already out there based on Android 11. Of course, even if the official Poco F1 Android 11 update doesn’t show up, there are always custom ROMs like LineageOS, Pixel Experience, and many others to turn to for unofficial OS updates.

Pilot testing for the beta stable update to MIUI 12 for the Poco F1 is now live. Head here for more coverage.

The MIUI 12 update roadmap phases have been revealed, with no mention of Poco F1 anywhere. Head here for more details.

IST 05:56 pm: It appears that Poco has started rolling out the stable MIUI 12 update for the Pocophone F1 (Poco F1). The update bears the software version 12.0.1.0.QEJMIXM and is reportedly available to Poco F1 MIUI 12 beta testers. See the full story here. 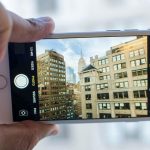