If you own an Honor 9 Lite and were waiting for the VoWiFi (WiFi calling) feature on your phone, then there is some great news for you as a new update is live that enables the VoWiFi feature for the Honor 9 Lite.

Previously, Honor has enabled VoWiFi feature on Honor 9N, Honor Play, Honor 20i, Honor 9X, Honor 8X, Honor 10 Lite, while other devices are yet to get this update along with others as it is still under development.

Not only this, but the update also bumps the security patch level of the phone to March 2020. This VoWiFi feature was expected on the Honor 9 Lite somewhere in mid-April, and it seems like the company has stuck true to its words and is now rolling out the update, though not in mid-April.

Talking about the update, it carries version number 9.1.0.166 and weighs in around 615 MB in size. It is based on Android 9 Pie. Here is the complete changelog of the latest update received on the 9 Lite: 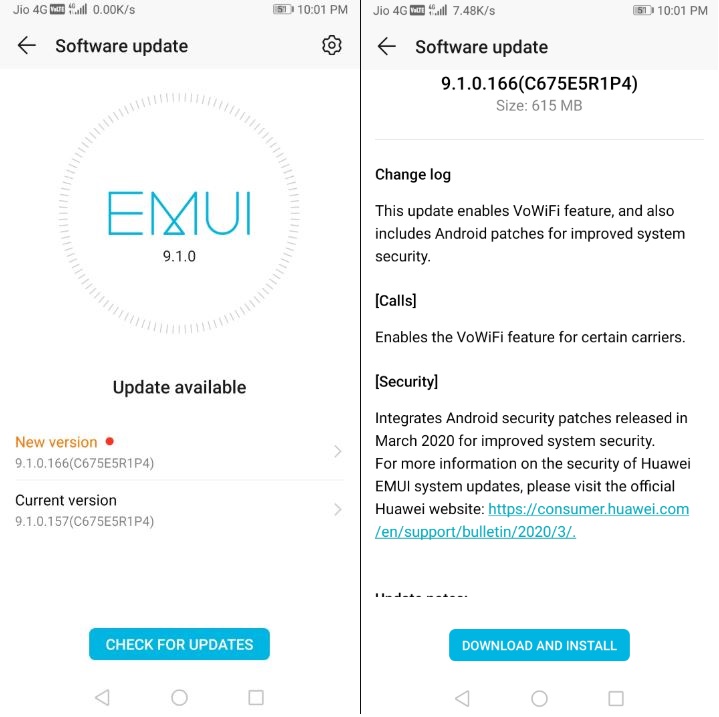 And while the Honor 9 Lite has picked up the VoWiFi update, users of Honor View 10 (aka V10 in China) might have to wait some more time, as the device is slated to get the WiFi calling feature in mid-May.

Earlier we have reported that the device will pick up VoWiFi alongside the April security patch and as per the comment by Honor, it seems like the update will arrive in May.

We would like to inform you that Honor View 10 device does not equipped for AR apps. Also, like to inform you that VoWiFi calling feature is under development and expected to be released tentatively by Mid of May’20. We request you to kindly stay tuned to our official pages or Support (HiCare) App for more information. We appreciate your understanding and patience. So, while the Honor View 10 (V10) users wait for the WiFi calling feature on their devices, Honor 9 Lite users can update their phones with the latest March 2020 update to enjoy the VoWiFi feature.