Notably, the WiFi Calling feature will be coming to the device along with the latest April 2020 security patch and by the looks of it, the update might be heading to the units anytime soon.

Honor, the sub-brand of Huawei has been quite consistent with rolling out the WiFi calling feature for its devices, compared to Huawei, who has recently begun rolling out this feature.

As of now, Honor has enabled VoWiFi feature on Honor Play, Honor 20i, Honor 9X, Honor 8X, Honor 10 Lite, while devices like Honor 9N and Honor 9 Lite are yet to get this update along with others as it is still under development.

Talking about the future update that will bring the VoWiFi feature for the Honor View 10, below is the complete changelog of it:

We have been suffering low call quality and call drops for years in India, but with the VoWiFi feature, users will be able to connect to call without any issues.

Moreover, this feature will considerably improve call quality as it makes use of the high-speed WiFi network instead of the regular mobile signal to connect calls. In fact, users will also be able to make calls even in areas of low network coverage.

As always this new update will be pushed via OTA and you can count on us to report about the update once it goes live for the Honor View 10 so, that you don’t have to keep a tab on the update notification.

The VoWifi feature for the Honor View 10 will be available by mid-May. Head here more details. 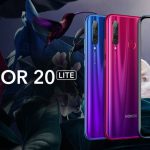