Honor 8X users can be considered as one of the most fortunate Android users among all of the Honor smartphones. To give you some perspective, the Android 10 update is already being served to the Honor 8X devices.

While the same configuration devices like Huawei P Smart+ 2018 / Nova 3i and Honor Play have been left out from the list of devices that will get Android 10.

Coming back to the Honor 8X, we have earlier reported that the VoWiFi feature, on the device, was expected to arrive on the devices along with the February 2020 security update.

The OTA comes with version number V10.0.0.180 and weighs in around 287 MB in size. You can check out the official changelog of this update along with the screenshot of the same:

Just for a reminder, the update will be arriving via OTA in batches, meaning that it will take some time in arriving on all of the units.

However, if you have not got the notification for this new update on your Honor 8X, then you can head over to Settings>>System Updates>>Check for updates for manual checking. 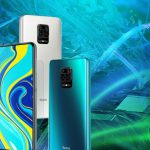 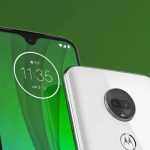