In a bid to evolve and improve the quality of phone calls on modern smartphones, which are now more capable than ever, we have seen a number of innovations and new tech being incorporated.

Today, more and more OEMs are pushing out updated to enable Voice over WiFi, usually abbreviated as VoWiFi, to many of their devices. Most recently, we saw Realme do this for a number of its devices via an OTA update.

Not to be left too far behind, Honor is also pushing out an update to enable VoWiFi on one of its more popular devices, the Honor 10 Lite.

This is expected because about a month ago, Huawei and Honor came out to clarify that their devices indeed would get updates to activate VoWiFi but it was under development at the time.

The update to the Honor 10 Lite brings a bunch of features. Granted, it is a monthly security patch update first (February 2020), then it bundles all these new features on top of it.

The update is a lot heavier for users who are updating from EMUI 9. For these users, the update weighs in at over 3 GB but still brings the software version to C675E17R1P3.

This update brings support for VoWiFi to the Honor 10 Lite so, after this update, users on carriers that support this feature should expect a better voice and video call experience. As mentioned, this update also brings the Android security patch level to Feb 2020.

As this is an OTA, it might be a while, maybe a few weeks before it finally hits all supported and eligible devices. Users are therefore advised to be patient and be on the lookout for a notification for this update.

According to Firmware Finder, the Honor 8X and Honor Play should be getting VoWiFi soon.

NOTE: We have these and many more Honor stories in our dedicated Honor Section. 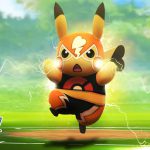 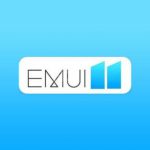