WiFi calling, more popularly called VoWiFi (Voice over Wi-Fi), as you may be aware, makes use of the Internet as the transmission medium for telephone calls. The functionality has been quite in demand among smartphone users, further pushing the OEMs to enable it on the compatible devices.

One such smartphone maker, users of which have been gawking VoWiFi is Huawei/Honor. VoWiFi has been under development for Huawei or Honor until recently. During the past few weeks, starting with Honor 10 Lite, other devices like Honor 8X, Honor 9X and Honor 20i also got VoWiFi support along with monthly security updates.

Apart from the above mentioned, Honor Play – which is neither going to receive Android 10-based EMUI 10 nor bootloader unlock – will get VoWiFi support sometime in the coming week. Adding to the list, it is now coming to light that Honor 9 Lite (aka Honor 9 Youth Edition) will also get the feature in question somewhere during the mid of this month.

For those naive, Honor 9 Lite users have signed the Android 10 update petition, considering EMUI 10 is not on cards for the device due to hardware limitations. And it remains to be seen whether or not the OEM changes their mind to push EMUI 10 to devices that aren’t eligible because of such petitions.

As for VoWiFi, the information regarding the feature making way to Honor 9 Lite comes credits to a user who took to the community asking about this. And here’s what HonorService told them:

We would like to inform you that VoWiFi calling features is under development and expected to be released tentatively by mid of April’20. So yes, the wait at least for VoWiFi/WiFi calling should be over for Honor 9 Lite users sometime in the coming weeks. It goes without saying that we’ll be keeping a close watch and will let you know as and when the update bringing VoWiFi support rolls out for 9 lite devices. In the meantime, you may head here for more Honor/Huawei related news.

VoWifi has been enabled for the Honor 9 Lite via the March security patch. Head here for more details. 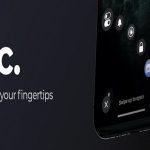 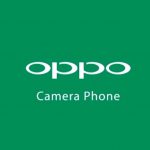