We should see the glimpses of Android 11 soon from the Mountain View giant. On the other hand, a number of devices have been updated to Android 10 since September 2019. These include devices from the likes of OnePlus, Xiaomi, Nokia and even Motorola.

Many other phone makers are expected to make this update available to more devices within the first quarter of this year. These include devices from Huawei, Samsung, OPPO and Realme – just to mention but a few.

Some phones, however, are not as clear cut in terms of whether or not they will be getting Android 10. One such device is the Huawei P20 Lite. This device was launched back in March 2018 with Android 8.0, but was later updated to Android Pie-based EMUI 9.0.

The company (through its Indian Twitter handle) has just dealt a blow to all Huawei P20 Lite users across the globe who have been waiting for the Android 10 update. According to them, the phone does not meet the minimum hardware requirements for Android 10.

With this, all is lost in terms of hopes for Android 10 for this device. This comes at a time when the other siblings of the phone, Huawei P20 and P20 Pro, have been confirmed to receive the EMUI 10 update soon.

Another device whose fate has been sealed as far as Android 10-based EMUI 10 is concerned is the Honor 9 Lite. The device was first launched in late 2017 and sold as Honor 9 Youth Edition in some regions.

Initial reports indicated that the device was still being reviewed to ascertain viability of Android 10 on it. However, Honor 9 Lite’s future has also disclosed by Honor India’s Twitter handle.

Both the Huawei P20 Lite and the Honor 9 Lite are powered by Huawei’s own HiSilicon Kirin 659 chipset. This new development could hint towards an issue with the chip that makes it difficult to run Android 10 efficiently.

As things stand, these two devices might have to settle for Android 9-based security patch updates and maintenance for the rest of the devices’ life.

Thousands of users have signed the petitions but it still remains unclear whether Huawei will change its mind. Read more about this here.

NOTE: We have these and many more Huawei and Honor stories. 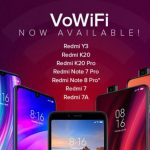 One Piece 917: Blackbeard - the rebirth of the worst pirate group