Even though it has been almost four months since the launch of the latest Android OS, the Android 10, OEMs are still occupied with the rollout of the latest OS.

EMUI is the custom skin of Huawei and the latest iteration of this layer is EMUI 10 which is based on Android 10. Huawei has been quite busy with the push of EMUI 10 update for its compatible devices.

Besides, in a recent development, Huawei has pushed in a new update for a bunch of devices, namely Huawei P20, P20 Pro and P20 Lite. Sadly, it is the November 2019 security patch based on Pie, while Chinese P20/P20 Pro units are already getting EMUI 10 update.

The update is purely incremental in nature and does not bring along new features for the device. The Huawei P20 series (global variants) is awaiting the stable EMUI 10 update. Let us take a look at the updates received on the devices, one by one.

The new update for the Huawei P20 carries version number V9.1.0.370 and weighs in around 236 MB in size. As already mentioned, the update only upgrades the security patch to November 2019.

Below is the official changelog (translated from German) along with the screenshot of the same:

Another similar security update has hit the Huawei P20 Pro device. It arrives with the version number V9.1.0.370 and weighs in about 237 MB in size.

The new update carries version number V9.1.0.257 and weighs in around 200 MB in size. The update is purely incremental in nature and just bumps the security patch level to November 2019.

Note that the update for all the devices will be pushed via OTA in batches and will take some time in hitting all the units. However, you can manually check for it by heading to Settings > System > Software update > Check for updates. 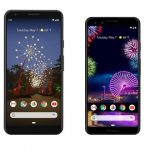