VoWiFi has been one of the hot topics among Android smartphone users of various smartphone brands. Although not new, but for those who do not know, it makes use of the WiFi connection instead of the mobile network in places where there is a low signal to improve the call quality.

Various OEMs have enabled this feature via an update without the need of the users asking for it, but there are still a few OEMs like Huawei and Honor that are yet to make this feature available for some of its devices.

One important point that users should note is that not all the smartphones available in the market will be getting the VoWiFi feature. Devices like Honor View 10 and a few Xiaomi devices (Mi A3, Mi A2 (Lite), & Mi A1) do not support this feature, for which the smartphone OEM is to be blamed.

Honor, which is a sub-brand of Huawei, has already rolled out this feature for Honor Play, Honor 20i, Honor 9X, Honor 8X, Honor 10 Lite, while devices like Honor 9N and Honor 9 Lite is yet to get this update along with others as it is still under development.

But as per a recent development, where the users are awaiting the VoWiFi feature for the Honor View 20, a new security update has been pushed by the OEM. The OTA brings March 2020 security patch and is purely incremental in nature. It arrives with version number V10.0.0.194 and weighs in around 140 MB in size for the OTA. Here is the complete changelog of this new update:

Several other users of the Honor View 20 are also reportedly receiving this new March security update. However, this new update misses out on one of the most demanded features, i.e. the VoWiFi (WiFi Calling).

Note that users can check for the update manually by heading over to Settings>>System Updates>>Check for updates for manual checking. 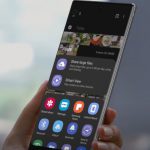 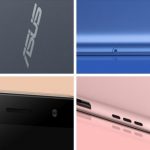