Mi A3, Mi A2 (Lite), & Mi A1 incompatible with Airtel, Jio WiFi calling (VoWiFi), Xiaomi is to blame

The number of smartphones that support WiFi calling (VoWiFi calling) through India’s Reliance Jio and Airtel networks is expected to continue increasing in the coming weeks.

While major OEMs such as Apple and Samsung have multiple devices on the list of supported smartphones on both Jio and Airtel, the likes of Motorola, Vivo, OPPO, and Xiaomi, among others, only have a handful of supported devices.

Heck, Realme has none of its devices supported, but the OPPO subsidiary has already confirmed the feature is coming soon to its handsets. Perhaps with the updates to Realme UI 1.0 based on Android 10? No one knows for sure.

But what we do know is that none of Xiaomi’s Android One devices supports VoWiFi calling on both carriers. Sure, the company did confirm that at least seven of its devices are eligible for VoWiFi calling on Jio and Airtel, but none of those is the Mi A3, Mi A2, Mi A2 Lite or Mi A1.

Again, none of Xiaomi’s Android One devices is to be seen, something that owners of the various devices can confirm in the Mi forums. When asked about it, both Jio are quick to blame Xiaomi for the missing support.

We’re always at your service. Currently your device is not compatible. However, we have taken it up with the device manufacturer.
Source And here is what Airtel said on the same matter:

Hi! Thanks for reaching out. You will be able to experience the service as soon as your handset maker provides this capability.
Source In short, Xiaomi will have to push a software update that enables its Android One devices to work with Airtel and Jio’s VoWiFi calling feature. When exactly this will happen is unknown, but at least we know parties involved are in touch. 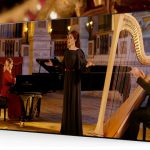 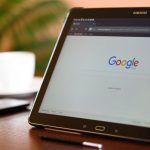