One Piece 968 raw scans are out! Poseidon and Joy Boy reincarnation to meet someday

The long wait is finally over. The raw scans of One Piece 968 are finally out. It did take a little longer than usual. The shutdown of Jaiminisbox’s Weekly Shonen Jump scanlations took a toll on us all. But we can now read the latest chapter.

The latest chapter was posted on Facebook moments ago. Other than confirming some spoilers, it gives us more. The spoilers pretty much gave the whole plot of the chapter. However, some interesting details have risen that will surely blow your minds. As the news about Roger’s successful journey broke out, his popularity begins to spread the world. To somehow honor his accomplishment that no other pirates accomplished, he was titled the Pirate King. Roger did like the title of Pirate King but does not conform to how his name was spelled. Instead of Gol D. Roger, his name appears in the papers as Gold Roger. They think the government controls what his name would appear in the paper to keep the name D hidden to the world.

It does not make sense to anyone who does not know the history of the world. So far, only the Roger pirates knew the meaning of the name D. But the government’s move of trying to hide this from the rest of the world may have some implications. For example, the declaration of the name D would arouse the interest of those who have some idea of the name. Pretty much the same thing that happened between Luffy and Law.

Why Roger need to pass the will of D

As I stated in my previous article, Roger’s next mission was to pass down the will of D. This is why he wanted to have a son who will inherit his will. However, due to some certain events, including his limited time, he had to pass down his will in some other way. Hence, the great pirate era. The question now is why? Also, his mission may have something to do with Oden’s desire to open Wano twenty years from that time. As per Roger’s conversation with Rayleigh, they were too early to find the treasure. Meaning, there is the right time to find the One Piece.

That right time they were talking about may have some connections to Poseidon. This is where things become interesting. To understand the significance of Poseidon in the story, I read the timeline of the One Piece world in the Library of Ohara. 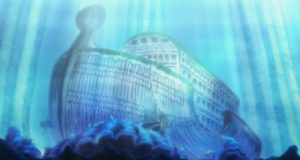 According to the Library of Ohara, Joy Boy was born by the time the Ancient Kingdom was growing in power. Thousands of years before this, Fishman Island was already established. At the peak of the Ancient Kingdom’s power, Joy Boy made a promise to take the citizens of Fishman island to the surface where they can dwell safely under the sun.

No one can casually make this promise unless they have great authority. So this means that Joy Boy may be a great figure in the ancient kingdom. In chapter 968, Roger had a flashback from when they were going to the Ryugu Kingdom and he heard the sea kings talking.

The sea kings were talking about the upcoming birth of their king, Poseidon, which will be in the form of Shirahoshi. Furthermore, the sea kings said that the two kings will meet again. In ancient times, Poseidon’s most intimate relationship with the outside world was only with Joy Boy. So does this mean that Joy Boy was the king of the Ancient Kingdom? 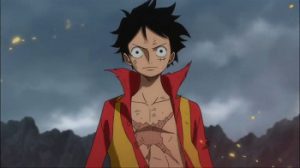 Why I think Luffy is the reincarnation of Joy Boy has something to do with the Lineage Factor. In One Piece, Lineage Factor is a reference to DNA. Poseidon can only be reborn within his lineage, the Fishman’s royals. The same should go for Joy Boy.

There is no concrete evidence yet that Joy Boy is a D. But hear this out. After the downfall of the Ancient Kingdom, Joy Boy still survived. He managed to send a letter of apology to Poseidon in the form of a Poneglyph. Years later, people with the name D appeared who is dubbed as the gods’ natural enemy. 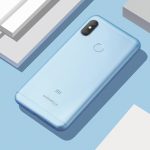