The era of illegal scanlations is coming to its end. After almost a decade of operations, Mangastream has decided to shut down its website. Following this is jaiminisbox.com.

These two sites have been the source of scanlations of many fan-favorite mangas, including One Piece, One Punch Man, and many more. These sites seem to follow the initiative of Manga Rocks when they decided to shut down in September 2019.

According to an old post at one piece fandom, mangastream decided to stop releasing chapters owned by Viz Media. This report is belongs back to February 2012. Cut to now, just a few hours back, a thread was posted on Reddit stating mangastream has shut down its entire operation.

Apparently, the official website of Mangastream is permanently taken down. All their tweets were also deleted, and they switched their accounts to private.

On the other hand, jaiminisbox posted an announcement on December 18, 2019, about their decision to follow Mangastream. According to the announcement, Jaiminisbox will stop working on Weekly Shonen Jump and just focus on their Webtoons and other series from different magazines.

Projects affected by this announcement include One Piece, one of the top-selling manga of the decade. Also in the list are Black Clover, My Hero Academia, Dr. Stone, Dr. Stone Reboot, Samurai 8, We Can’t Study, The Promised Neverland, and Jujutsu Kaisen.

It is admiring to note that the main purpose of jaiminisbox is to give way to legal scanlation platforms. Part of the announcement reads:

“The idea is to let this turn of the decade change the scanlation scene, hoping services like MangaPlus (MP) can grow and put out more free content. Giving way to a new era of scanlation, fueled by the wills and wants of manga fans that want a free, accessible and legal alternative that supports the mangaka. We hope that this will improve the quality of both the scans and translations that MP offers (only time will tell).”

Jaiminisbox further announces that their team will continue their translation of some of the series. But this time it will be for their personal use only. The end of illegal scanlation era

The announcement ends on a good note. It states that this act will be a new beginning and the end of an era of scanlations. It will be remembered that when Manga Rock closed its operation, they invited other scanlation sites to do so.

Jaiminisbox’s final words in their announcement mark a true form of sportsmanship. They wish for manga readers to support MangaPlus, which is the official manga reader from Shueisha. 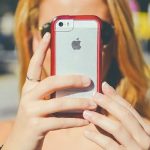 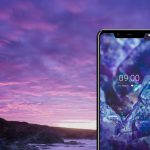