One Piece 968 spoilers: Ace was supposed to be the next Pirate King

One Piece 968 it’s just a few days from now and it’s spoiler time again. English raw scans were expected today, but it seems we will have to wait a little longer. however, a Korean translation is now available on the internet.

In the meantime, let us talk about a small part of the spoilers that need a little bit more attention. It is actually among the first spoiler dialogue to appear. I am talking about the final conversation between Roger and Rayleigh before their pirate crew was disbanded. 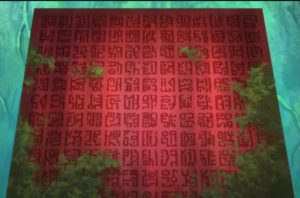 A few days after Roger reached Laugh Tale, the news has already spread throughout the world. To somehow describe the vast treasure the Pirate King has found, the world called it One Piece.

Since the nature or amount of this treasure remained unknown, the world can only speculate what it is. To them, it is the ultimate treasure that no one else has found. And so to summarize, they called it One Piece.

Roger clearly had nothing to do with this epithet, as the spoiler said he had no idea the world called his treasure One Piece. He is grateful somehow that everyone calls it that way. However, the spoiler dialogue was cut off before he can say the reason why. After Roger found the One Piece, his life mission was complete. Or so we think. Anyway, his pirate crew has already served its purpose and Roger thought it was a good time to end their adventures together.

Before they even reach Wano country, Roger asked to go to an island where the marines do not go. On this island, Roger disembarked the Oro Jackson and officially disbanded their pirate group.

Although Oden narrated it as a man’s farewell where no tears were shed, spoiler photos speak otherwise. But shortly before Roger, all these happened, Roger had an interesting conversation with Rayleigh.

Roger and Rayleigh talked about being too early in finding the treasure. Then Rayleigh wondered who would get to the island next. To that Roger replied that his son will be the one.

Roger did not have a son yet at the moment, but he argued that it was not too late to make one. It may be one f the main reasons he asked for a strong medicine from Crocus before leaving his crew.

I bet this having a son was the next mission for Roger. Finding the One Piece and learning about the void century must have helped them conclude a period when the treasure must be found. That is why Oden and Roger had a vision for what must happen twenty years from that time.

Passing the Will of D

To accomplish a certain goal in the next twenty years, all that Roger could do was to hope to pass down his will – the will of D. In the hope of doing so, Roger wished to have a son with Portugas D. Rogue.

However, Roger’s time was more limited than he thought that he asked Garp, a marine to take care of his unborn son. To put Ace on a path unguided will only lead to a certain misfortune. So I think, Roger changed his plan and decided to pass his will to whoever will be willing to the world.

He accomplished this by surrendering to the marines and starting the great pirate era. Maybe he knew that the only ones who can find the One Piece next will be the ones who inherit the will of D.