Right from the inception, OnePlus has a vast interactive and engaging user community. Cherry on top, the OxygenOS beta channel is also pretty consistent and is used for evaluating beta updates and other bug fix updates.

With the intention to take things forward, T-Mobile and OnePlus joined hands together and started FUT (Friendly User Testing) program. The initiative is aimed at testing new updates and features before wider rollout.

In fact, the long-anticipated Android 10 update for the T-Mobile variants of OnePlus 7 Pro and OnePlus 6T might come soon – thanks to the FUT program.

Recently one user on the OnePlus community platform has claimed to receive a rather odd email regarding the FUT program. What is more interesting is that it is an invitation to participate in the program for the Sprint OnePlus 7 Pro 5G.

The point of confusion is pretty clear. As mentioned above, only T-Mobile customers are eligible for the FUT initiative.

You can check out the entire post shared by the user along with the screenshots attached:

Before I begin let me assure you that I have indeed searched the forums before creating this thread, unfortunately my search yielded no positive results, therefore, I am here.

I enrolled myself for the FUT program by TMO and OnePlus a good while ago, I received an email yesterday stating that I have been invited to participate in the program but for the Sprint 5G 7 Pro. Now the fishy part is, as far as I know and I can tell, the FUT program was only available for T mobile Customers, I have scoured the forums in search for any sprint related programs but to no avail. I called the customer support in search of answers and they too confirmed that it was available for T-mobile customers only.

Therefore I am compelled to question the authenticity of this email and if any members of the community can enlighten me with proper information, it would be highly appreciated.

I stand Gratified in any and all help that can be offered.
Thank you.

Moreover, other users have also confirmed that they have also received similar emails. But there lies another confusion – whether the mail talks about OnePlus 7 Pro 5G or the OnePlus 7T Pro 5G. You can check out their comments below:

I got this same email. It looks like they send you a 7t pro 5g and your report back any bugs. I’ll believe it when i see it but the NDA seems like a standard agreement. We will see.

I just got an email and a tracking number and allegedly they are actually sending a phone. Didn’t believe it at first but it looks like it is actually happening.

The Sprint variant of OnePlus 7 Pro 5G has quite a few limitations like a locked bootloader, no option for “Local update” for manually updating the device and a completely different software update mechanism. Guess the situation makes it a bit difficult to try out FUT updates.

Do you think FUT will speed up the arrival of Android 10 on the first-gen 5G OnePlus phones? Feel free to drop a comment below if you have also received a similar mail; let us know your thoughts on this development.

Recently, the European unlocked variant of the OnePlus 7 Pro 5G is getting yet another Android 9 Pie based update. Notably, it bumps the version number from V9.5.11 which it received back in October 2019 to V9.5.12.

It also bumps the security patch level from October to December 2019 along with updated GMS apps, some bugfix and stability improvements. You can check out the changelog below:

US carrier Sprint has started rolling out a new update for the OnePlus 7 Pro 5G. It brings in the latest January 2020 patchset based on Android 9 Pie. Note that the previous Sprint update brought November patchset with Wireless Emergency Alerts 3.0 support.

Cut to now, this new update arrives with version number V9.5.17.GM25CC and weighs in around 353 MB in size. Like always, the update is being pushed via OTA.

The Android 10 update is finally here and is now live for the users in Europe. Read the entire story here. 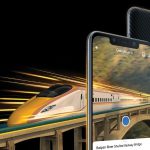 Poco F2e is the latest Pocophone to stop by Geekbench, probably a fake?