The OnePlus 7T and 7T Pro (pictured above) come running OxygenOS 10 based on Android 10 out of the box. The two, as you probably know already, are immediate successors to the OnePlus 7 and 7 Pro from earlier this year.

The T variants represent tiny improvements over the standard models from earlier this year and a huge jump from the 2018 T model. The latter – OnePlus 6T – was the first-ever OnePlus device to be sold through a U.S. carrier – T-Mobile.

Like most carrier-branded handsets, though, the OnePlus 6T and its immediate successor on T-Mobile, the OnePlus 7 Pro, have lagged behind their unlocked counterparts in terms of software updates, both minor monthly security patches and major OS upgrades.

As of this writing, for instance, the T-Mobile 6T only received its August security patch several days ago and elsewhere, the Open Beta program that brings Android 10 to the device is live.

The narrative isn’t so different for OnePlus 7 Pro owners on the Magenta carrier. While the global and U.S. unlocked models of the device already switched to Android 10 via a software update, it’s only now that T-Mobile has started works on the new OS upgrade.

The device’s software support page has been updated to confirm that OnePlus 7 Pro Android 10 update is now under development, but we can’t give you any release dates since T-Mo hasn’t provided one.

T-Mobile’s OnePlus 6T Android 10 update has also entered the development stage just like the OnePlus 7 Pro, but this doesn’t mean the duo will receive the stable update simultaneously.

This is despite the fact that OnePlus 6T was among the first non-Google devices that were allowed to try Android Q from May 2019.

While we already knew T-Mobile has had a hand in the software update delays facing OnePlus 6T and OnePlus 7 Pro devices sold through the carrier, OnePlus recently reiterated this position following outrage from unhappy owners of these devices.

According to the Chinese vendor, it is the extra tests that T-Mobile has to take the OnePlus 6T and 7 Pro through to ensure they work perfectly on the network that causes software delays for carrier variants, otherwise, the updates would arrive at the same time as other models.

So, there you have it, folks. If your T-Mo OnePlus 7 Pro hasn’t received the update to Android 10, direct your anger at the Un-carrier, but at least we know it’s still under development alongside the 6T. Granted, a stable update should arrive before the end of this year, probably for both handsets. 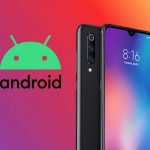 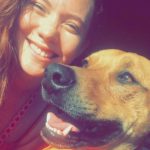