OnePlus has been all over the news and headlines this year, and it is definitely one of their best years. Be it the launch of probably the best smartphone of 2019, OnePlus 7 Pro or the timely push of the Android 10 updates, the OEM is always in the spotlight.

The Chinese phone maker has always tried to keep one step ahead when it comes to delivering the best possible user experience. And in a recent development, the carrier variant of OnePlus 7 Pro has started getting the stable Android 10 update.

Not only this, but the T-Mobile exclusive OnePlus 6T is also grabbing a new security update, albeit not the latest one. Let us take a look at the updates one by one:

The new update for the T-Mobile OnePlus 7 Pro is also tagging along the November patchset. Until now, the phone is running Android Pie with September patch. Quite a big jump indeed!

Besides, there was a test build of Android 10 surfaced a few months ago via the FUT (Friendly User Test) program. On the other hand, the regular OnePlus 7 Pro has been already served with the stable Android 10 update back in October.

Cut to now, the Android 10 update for the carrier variant of the OnePlus 7 Pro is finally here and it comes with the version number 10.0.1.GM31CB and weighs in around 1.9 GB in size.

When we checked the official update tracker of T-Mobile, there was no information about the new build. However, users have shared the screenshot of the update prompt which you can check out below:

Now the update is being pushed via OTA in batches. We have also captured the full update package, although there is no simple way to sideload it. Grab the zip file from the section below:

T-Mobile has pushed in the November 2019 security patchset for another device i.e. the OnePlus 6T. This new update is purely incremental in nature and does not add any new feature for the device except the November patch.

PiunikaWeb readers should recall that the OnePlus 6T T-Mobile variant was previously updated with October patchset. Moreover, we also reported about the possible reasons behind the delay in the Android 10 update for the device.

Talking about the new update, it arrives with version number A6013_34_191216 and weighs in around 325 MB in size. Below is the official changelog along with the screenshot of the update prompt:

At the time of writing this post, the official T-Mobile update tracker page for OnePlus 6T has not been updated. Besides, the update is being pushed via OTA in batches. So it will take some time in hitting all the units. 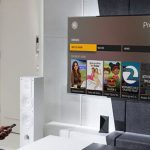 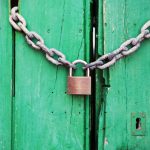 Music streaming platform 8tracks shutting down on December 31, grab your playlists before that