You don’t like using a slow internet connection, do you? In this hectic world, we all want to get everything as fast as possible. And, that thirst to achieve speed seeded the evolution of mobile network standards from 1G to 5G.

The history of telecom networks began in Tokyo about forty years ago when Nippon Telegraph and Telephone had launched the first generation. Later in 1984, it did cover the whole country. As you clearly know, the main difference between the network generations lie in the data transferring speed.

The fifth generation debuted in South Korea exactly a year ago. Guess what! The OEMs were quick enough to release smartphones with support for the latest technology. To recall, Huawei Mate 20 X 5G was the first non-Qualcomm/Exynos 5G device to go official.

We now have a bunch of 5G smartphones from different manufacturers in the market. But, do the units get post-sale care? The lack of updates tells you they don’t! It’s been three months since the official release of Android 10 and no 5G handset has got the stable OS upgrade so far.

While we were pondering about it, T-Mobile entered the scene today with OnePlus 7T Pro 5G (McLaren edition), running Android 10 out of the box (check here). Oddly enough, the official support page wrongly mentioned the platform as Android 9 Pie at one place.

On the launch day itself, the carrier has rolled out a new update (see above) that bumps up the security patch to November. Weighing a bit over 140 MB, the OTA doesn’t bring any significant features to brag about other than stability fixes.

Yesterday, OnePlus 7 Pro 5G received a firmware overhaul with November patch via Sprint. Still, no OS upgrade! It’s true that their inability to bring Android 10 irks the users especially as the 4G variant bagged the same months ago. But, they are working with the carriers to make the build public. 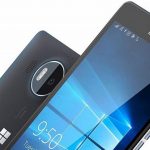 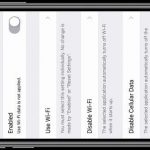