This is something we have highlighted before here on PiunikaWeb and it couldn’t be more evident with the latest update to OxygenOS 10 based on Android 10, which is already available for the standard OnePlus 7 and OnePlus 7 Pro models.

Owners of the device have had to go through a bunch of software-induced issues as well, among them a software update installation bug, data connectivity fall back, camera pop-up issues that were later fixed, and so on.

Despite the odds, OnePlus has also been pushing several updates to the OnePlus 7 Pro 5G with bug fixes for network issues and camera improvements as well as new features such as face unlock assistive lighting.

In the latest OnePlus 7 Pro 5G software update that is rolling out in Europe, the device is leaping ahead of the standard OnePlus 7 and the Pro variant for the first time with the latest October 2019 security patch.

Once installed, your device’s OxygenOS version will be bumped to number 9.5.11, which is about the same version that recently went out to the T-Mobile OnePlus 7 Pro variant with September security patches.

The fact that OnePlus 7 Pro 5G is still receiving a software update based on OxygenOS 9.5 means the device hasn’t received the update to Android 10. If it makes you feel better, those on T-Mobile are also waiting for the 10 update, so you aren’t alone in the queue.

It’s worth noting that the OnePlus 7 Pro 5G update is arriving over the air, so be patient as you wait for the download notification to arrive in the course of this week.

NOTE: For more OnePlus-related coverage, be it news, bugs and issues, rumors and leaks, and so on, tune in to this section. 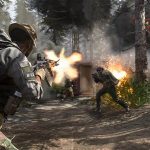