Remember when OnePlus showed us the first glimpse of the mighty 5G edition of the OnePlus 7 Pro at Mobile World Congress (MWC) 2019 in Barcelona? The OEM was so secretive at that time, so they decided to put the phone in a soapbox like cover! Given that the unit was a prototype then, this unusual stance actually generated some fresh laughs. OnePlus continued the same tradition at Google I/O as well, protecting the phone from prying eyes of the Android community members and journalists.

Nevertheless, it was eventually confirmed that the 5G edition would be based on the foundation of the OnePlus 7 Pro. Unlike the Samsung Galaxy S10 5G, the Shenzhen based OEM decided to add nothing but the additional Snapdragon X50 5G modem on top of the Pro variant.

The remaining components are exactly same between the LTE and the 5G models. Due to the nascent rollout of 5G networks, OnePlus teamed up with select carriers to sell the 5G variant of OnePlus 7 Pro.

Besides EE from the UK, Finland based Elisa is the only other European wireless carrier to sell the OnePlus 7 Pro 5G. No US based carrier officially supports the phone as of yet, although things may change in future.

In Asia, OnePlus is collaborating with China Unicom to bring the speed to the masses.

EE has already launched their 5G network in six major cities of the UK. OnePlus 7 Pro 5G will also get the super fast network of EE across ten more cities in coming days.

EE OnePlus 7 Pro 5G customers will be able to access EE’s 5G network from launch in the UK’s four capital cities – London, Cardiff, Edinburgh and Belfast – plus Birmingham and Manchester. EE will then be rolling it out through 2019 across the busiest parts of ten more UK cities: Glasgow, Newcastle, Liverpool, Leeds, Hull, Sheffield, Nottingham, Leicester, Coventry and Bristol – where it can make the biggest difference to people who live, work or travel through the busiest areas.

Now that phone is already available for purchase, reviewers and early adopters have already get their hands on the gadget. As per expectation, the phone is outperforming the regular LTE models in terms of network speed.

As an addon, OnePlus is now pushing the first software update for the phone after public releases. The day-one patch bumps the version number of the factory installed OxygenOS from 9.5.1.GM27BA to 9.5.3.GM27BA.

As you can see, the changelog mentions various performance and battery related enhancements needed for the 5G connectivity. Tuning the power hungry 5G radio is a mandatory task to ensure proper battery backup.

This update also brings the fixes related to double tap to wake and ambient display. Readers may remember that the regular OnePlus 7 Pro was hit with multiple issues related to these functionalities, which were later addressed by OnePlus.

The stock camera app version after the day-one update is 3.2.99, thus it is safe to assume that the camera related enhancements are now part of the OnePlus 7 Pro. Both the pre-installed and new builds come with April 2019 security patch.

However, the ‘fastboot boot’ issue is reportedly still not resolved in this build. Hopefully the OEM will push another set of update very soon to correct this shortcoming.

The Oxygen Updater project is being updated to support the 5G edition of OnePlus 7 Pro. Meanwhile, we are able to capture the download link of the full update zip with the help of the community members:

As per the drill, you can use the Local Upgrade option to manually flash the update package.

Have you already bought the OnePlus 7 Pro 5G? Tell us about your experience with the bleeding edge network connectivity.

Thanks OnePlus forum members Denco1 & xenom0rph for the assistance. 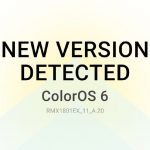 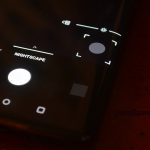