Getting your phone bricked after a typical update may be the worst possible dream for smartphone users. Believe it or not, OnePlus did exactly the same few days ago.

As part of their Open Beta rollout, OnePlus pushed OB26 for OnePlus 5 and OB24 for OnePlus 5T at the end of January. The first wave of users immediately reported incidents like bootloop or complete brick after installing the build. PiunikaWeb investigated the matter and came to the conclusion that the incremental OTA zips were faulty in case of OnePlus 5 and 5T.

After a few days, the update rollout resumed but only for OnePlus 6 and OnePlus 6T. In the second daily dose of OnePlus news, we analysed the identicality between the old and new builds.

Few hours ago, OnePlus staff member Manu J. has confirmed that they have resumed the update for OnePlus 5 and OnePlus 5T. Apart from distributing via staged OTA, OnePlus shares the full update zips via their download portal.

We have done a quick compare and found something really interesting. Unlike OnePlus 6 or 6T, this time the builds are actually different. For example, for OnePlus 5T:

Though OnePlus marks both of them as Open Beta 24, the build numbers and timestamps are entirely dissimilar. Unsurprisingly, the changelogs are identical.

Moreover, OnePlus is also providing incremental OTA from the faulty build (who flashed the full zip, so did not face bricking) to the current one. 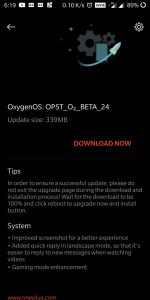 Notice the precautionary tip? It’s there in Manu’s announcement post as well. ?

Meanwhile, we have some fascinating updates on the alleged live image leak of OnePlus 7:

We compared the phone in the picture with Vivo V15 Pro in yesterday’s daily dose. While they are quite similar, the physical button placements are different. We are sincerely sorry for the mistake.

Wait! That does not make the leak a legit one. Eagle eyed twitterati spotted the breadcrumbs of photoshopping in that image.

How about this?
It seems like you played a little with Photoshop...😎 pic.twitter.com/u3vOKOhZq9

The formula was simple: you need to play with the color saturation a little; just like how the first ‘leak’ was debunked.

Like many of you, I’m also eagerly waiting for a legit leak – but please! Not these hoaxes!

At this moment,  we are almost certain that OnePlus 7 may not be the first 5G phone from OnePlus. The Shenzhen based OEM will showcase the prototype 5G phone in MWC 2019, partnering with EE and Qualcomm.

Discover our future with 5G at #MWC19! Visit @Qualcomm's booth and go hands-on with our first 5G prototype. Don't miss your chance to join @petelau2007, @cristianoamon and @MarcAllera for their panel during the conference on "5G Devices: When will they be ready?" pic.twitter.com/MuK4jTPN1o

In the Nordic region, OnePlus partnered with Finnish carrier Elisa. In fact, they are the first major European carrier to sell OnePlus phones directly to consumers.

The Finnish carrier won the 5G spectrum bidding back in October 2018 and organised “world’s first 5G eSports tour” jointly with OnePlus and Hatch. Today Elisa has announced that they will bring the OnePlus 5G phone in the second quarter of 2019.

5G means enormous reform. It changes not only the technology industry, but also the lives of people everywhere, whether it is gaming, healthcare or the use of augmented reality. We have worked for a long time to develop 5G innovations and are happy to work with partners like Elisa to create something special. With 5G, we can imagine the future from a new perspective.

Elisa has one of the most advanced networks in the world, and we started building the 5G network among the first in the world. We want to provide our customers with the best possible equipment to enjoy the benefits of 5G. OnePlus is a natural and good partner for us, offering an excellent operating system and equipment that fits nicely with gaming, for example.

Elisa will be second carrier in Europe, after UK’s EE, to carry the upcoming 5G phone from OnePlus. 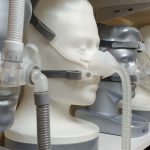 Rise and fall of SleepyHead: How community backed CPAP hacking got jeopardized 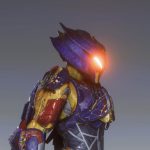