Smartphone makers tend to provide extra attention towards their flagship offerings. Unlike other series, the top end models are privileged to get priority bug fix updates – even multiple times in a single month.

Talking about flagships, the OnePlus 7 Pro is the currently available one from the Shenzhen based OEM. A slightly specced down variant, aka the regular OnePlus 7, is scheduled to be released in June in select markets.

Nevertheless, the OEM has already rolled out a day-one patch with tons of new features and fixes. They even started an official knowledge base article to list known bugs and issues, and given a tentative schedule of the update roadmap.

Merely days after the posting the article, OnePlus has started rolling out a new set of updates for both the EU and the global models of the OnePlus 7 Pro. The build numbers of the current bug fix OTA are as follows:

Unlike the day-one patch, both of these builds share a common changelog:

The double tap to wake (DT2W) and ambient display related fixes are crucial to address the growing number of user feedback regarding various glitches around these two functionalities.

On the other hand, OxygenOS PM Jimmy Z. promised to deliver a handful of camera performance fixes in a recent forum interaction. Guess the improvements under the camera section are the results of the discussion. The stock camera app also received a minor version bump (from 3.2.91 to 3.2.99).

Although the updates are currently distributed in stages, our collaboration with the Oxygen Updater project helps us to quickly get our hands on the update packages. Download the appropriate zip for your model using the following links:

The size of the full update packages are nearly 2 GB, whereas the incremental OTA weighs about 182 MB. However, the full signed zips are appropriate for patching via TWRP or being converted to fastboot flashable images.

There is no improvement in the security patch level of these builds; still stuck at April 1, 2019. FYI, it can be possible to cross-flash the EU firmware on global/Indian units to get rid of some bloatware.

OnePlus team has also pushed updated kernel source aligned with the release. Moreover, they silently patched a major limitation of the bootloader.

PiunikaWeb readers should remember that we were the first publication to highlight the absence of the ‘fastboot boot’ aka tethered booting capability in the bootloader of the OnePlus 7 Pro.

The unavailability of this handy functionality makes the installation of TWRP and/or pre-rooted boot images difficult for regular users. The author even submitted a formal bug report in OnePlus Feedback section.

As a matter of fact, OnePlus team quickly responded and assured to address the situation.

After installing the new OTA update, several users (including the author) have noticed that the ‘fastboot boot’ made its way to the phone, which would be immensely helpful for the modders. Judging from the list of documented as well as undocumented fixes, OnePlus is listening to their customers and trying to address the shortcomings ASAP. Hopefully we get more fixes along with new features and updated security patch in the upcoming OTA updates.

Have you noticed any camera improvements after the update on your OnePlus 7 Pro? 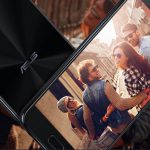