A custom recovery is virtually an essential swiss knife for Android modders. Patch your boot image for achieving root access – check. Backup and restore entire system with data in case of emergency – why not? They are also useful for installing custom kernels or ROMs.

Every OnePlus phone got official Team Win Recovery Project aka TWRP support in past, and we are thrilled to announce that we have passed the initial hurdles to create an unofficial version of TWRP for the OnePlus 7 Pro (codename: guacamole)!

The hints were dropped in our yesterday’s exclusive article about achieving root access on the Pro variant of OnePlus 7. PiunikaWeb teamed up with XDA senior member mauronofrio, who is the official TWRP maintainer of several phone, including the OnePlus 6T.

Like the OnePlus 6/6T duos, the OnePlus 7 Pro comes with A/B partitioning on board. There is no separate /recovery partition, as the recovery ramdisk is fused with the boot image. Fortunately, TWRP is compatible with this scenario.

However, there is a catch!

Unlike older OnePlus phones, the current bootloader of the OnePlus 7 Pro doesn’t allow ‘fastboot boot’ (also known as tethered booting) command. The situation is same as Essential PH-1 as well some other phones where you can’t temporarily boot a kernel or recovery.

You will get something like the following (ignore the device interface iterator part; it is macOS specific bug):

To tackle the situation, we need to follow the same route as Essential Phone (PH-1).

1. After unlocking the bootloader (refer to this article), check the current active slot and note down the value.

2. Switch the active slot. For example, if you are using slot a then the command should be:

3. Now you should flash the TWRP in the boot partition using this command:

4. Now reboot the device and it should reboot in TWRP.

5. Go in Reboot menu of the TWRP and restore the old active slot.
6. At this point, you should flash the TWRP installer (listed under the download section).

Due to the active development status, refer to the corresponding XDA thread for latest changes. The first post is being continuously updated with bugfix builds and links to the sources.

Most of the major functionalities are working, however data decryption is currently broken. We are working hard to fix it.

The current builds should be compatible with the following variants (please give us feedback in case of bugs):

You can now easily root your OnePlus 7 Pro by flashing the Magisk zip from TWRP to patch the stock boot image.

On the other hand, unlocking bootloader will immediately reduce the Widevine DRM level to L3 from L1. You can, however, regain the L1 status by relocking the bootloader.

OnePlus is rolling out a new update for the OnePlus 7 Pro as per schedule, addressing some known bugs and bringing camera fixes. The bootloader has also also updated with ‘fastboot boot’ support.

After a long testing period, the official TWRP for OnePlus 7 Pro is finally here. Everything should work, including data decryption and stock ROM flashing. 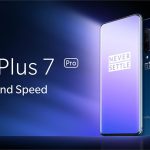