Have you ever thought to have an older OnePlus phone with upgraded internal components? For example, I (and I guess plenty of other people) would love to grab a 2019’s version of OnePlus X. You know, a not-so-gigantic phone with premium finish and flagship specs!

While casemods are pretty much generic in the world of PC or console modding, the lack of modularity makes it difficult to achieve the same on smartphones. In a nutshell, we are mostly dependent on the phone makers for such opportunities.

Well, looks like OnePlus is actually planning to do so with the release of the regular OnePlus 7 besides the Pro variant. The similarities between OnePlus 6T and OnePlus 7 are already known to the fans – thanks to the truckload of leaks.

Now Leakster Roland Quandt has decided to share extremely high quality official renders of the Mirror Grey (same as above) variant of the regular OnePlus 7. These renders officially end the rumors about the return of the headphone jack in the non-Pro model of OnePlus 7.

We do not prefer to host the renders here as compression would reduce the quality of them. Readers should head over to the actual Tweet thread to experience them in their original quality.

Roland also shared the pictures of the official back covers and cases for the OnePlus 7 series. Both the regular and Pro variants of OnePlus 7 will get the following items:

While we have got almost everything about the OnePlus 7 duos, the 5G model is still mysteriously absent. Yes, it should be based on the OnePlus 7 Pro and are going to be launched in the UK and Finland, but what about an official render?

As a matter of fact, OnePlus maintained the same level of secrecy at Google I/O 2019 as well. Although they presented the 5G variant of OnePlus 7 in the event, the unit was covered with the similar soapbar like protective case we saw earlier at MWC 2019.

In an official announcement thread regarding the I/O events, OnePlus staff member Kameron S reaffirmed the availability of Android Q beta for the OnePlus 7 lineup. He highlighted the key benefits of the public beta testing and subsequent effects on the OxygenOS.

Android Q Beta will launch on the OnePlus 6T and will soon to launch OnePlus 7 series smartphones. Why are we excited for Android Q Beta? This Beta offers on an unparalleled level, speed, enhanced privacy, smarter settings and easier Wi-Fi sharing. All of these come together to bring us closer to the burdenless experience we strive to give to our users.

More details about the OnePlus 7 Pro has got official stamp just before the official release on May 14 (tomorrow). For example, the 90 Hz screen has been officially teased in press materials.

On the other hand, UK based wireless carrier Three has officially partnered with OnePlus. They are even giving away 5 tickets of tomorrow’s London launch event. The prerequisites are nothing but the following: The hype train is alive and running in China as the OnePlus 7 Pro has been listed on JD.com before official release. However, the listing seems to be a placeholder because of the uncanny price tag (￥9,999 / $1,450). Talking about price, OnePlus India has posted a cryptic tweet about the price tag a few hours ago. With ‘We’ve heard you’ as the concluding message, are we going to get a surprising deal tomorrow? Let’s wait.

What we do know is Reliance Jio’s launctime offers worth ₹9,300 are now official before the launch of the OnePlus 7 series.

As part of the ‘Jio-OnePlus 7 Series Beyond Speed Offer’, existing and new Jio subscribers who will purchase the OnePlus 7 and OnePlus 7 Pro are eligible to receive an instant cashback of ₹5,400 on the first prepaid recharge of ₹299.

Users can avail the cashback in the form of 36 vouchers worth ₹150 each via MyJio app. These vouchers can be redeemed on ₹299 recharges which will effectively reduced to ₹149.

Additional partner benefits (worth ₹3,900) include:

Allow me to conclude here. All hail the OnePlus 7 series tomorrow! 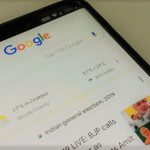