At around the time Samsung pushed the first stable Android 10 update to the Galaxy S10, Galaxy S10+ and the smaller Galaxy S10e, LG also did the same with respect to the LG G8 ThinQ.

Heck, Samsung has even rolled out Android 10 to carrier variants of not just the Galaxy S10, but also the Galaxy Note 10 series. All this time, the best LG has done is add the LG G7 One and LG V50 ThinQ to its short list of Android 10 devices.

Sure, there have been reports of imminent Android 10 rollout to the U.S. unlocked and Sprint variants of the LG G8, but nothing has materialized to date.

On the brighter side, it seems the wait for Android 10 to arrive in the U.S. won’t be long, at least for those using the LG V50 ThinQ. Naturally, the V50 ThinQ should receive the update ahead of the G8, but going by the happenings in Korea, it’s unlikely.

Nonetheless, the fact that Sprint owners of the LG V50 ThinQ can already grab the latest Android 10 firmware and install manually on their handsets does suggest the wider rollout in the U.S. is imminent.

But then again, Sprint’s LG G8 also got its Android 10 firmware soon after the stable version rolled out in Korea but the update hasn’t arrived in the U.S. to date, at least not officially. Granted, it may take some time before the V50 ThinQ Android 10 OTA update hits the U.S. market.

You can grab the new Android 10 firmware for your Sprint LG V50 ThinQ from the link below. The guide to install the update is here. 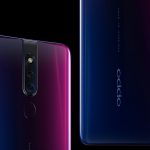 Weathering With You releasing in US & Canada in coming week