Gone are the days LG used to have a major share in the Android smartphone market. Even before the arrival of Android, the company managed to make a good reputation among the consumers. Fast forward to today, they lost the momentum in the phone department.

With the intrusion of new Chinese kids on the block, both Sony and LG had to sacrifice their marketshare. The reluctance to launch phones that defy the Chinese products (both in price and specs) backfired them.

Even in software updates, LG isn’t people’s favourite. However, they confirmed Android 10 for G8 before the year ends and commenced the beta-testing of internal builds in the US recently. Unfortunate for the users that the program included only unlocked and Amazon units.

A typical end-user doesn’t always go for beta testing. What they want is the newest version without having to do anything at their sides. For that to happen, the Korean vendor needs to release stable OTA.

In case you are an LG G8 ThinQ user, we have got something to rejoice you. The stable build has surfaced on Korean units. You can read the changelog below (bear in mind that it’s a Google Translate version).

A few days ago, the firm teased their brand new UI (LG UX 9.0) on YouTube (looks like the video is made private now). Hopefully, the Android 10 update brings the same with it. Don’t worry! The global rollout will begin shortly and everything will become evident by then.

Note:- Don’t forget to stay tuned to our LG section for similar stories. 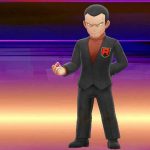 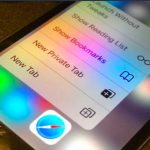