In a Q4 2019 software update roadmap for the Korean market revealed a while ago, LG did confirm that Android 10 is coming to the LG G8 ThinQ before the year ends.

This was after the G8’s Android Q beta testing program had already started, which meant LG was talking about the stable release of Android 10.

However – as you would expect – there was no mention of a specific date nor when the update would be expected in markets outside Korea, but we are beginning to see some positive signs in this regard.

According to MyLGPhones, the Korean company has commenced beta-testing the LG G8 Android 10 update in the U.S. Here, the device is sold through various carriers, but only the carrier-unlocked and Amazon models are taking part in the beta program.

To get the LG G8 Android 10 beta update on your Amazon variant, you’ll need to grab the incoming October security update. It weighs in at 266MB, which suggests it has more than just a typical security update.

The details surrounding how to get the LG G8 Android 10 beta update are still hazy, but we will be keeping an eye on the developments and let you know more about it once we have them. But of course, be warned that this is beta software that isn’t fit for use as a daily driver.

The LG G8 seems to be gearing up to be the first from the company to pick up the new Android 10 OS ahead of the LG V50 ThinQ and the Android One-based LG G7 One that led the way with respect to Android Pie a year ago. We’ll let you know when the OS begins rolling out.

Meanwhile, check out our LG section for more related stories. We also have more to check out in our Android 10 section. 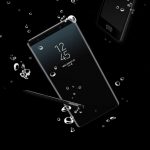 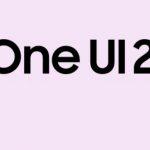