The LG V20 Android Pie update is finally rolling out in the company’s home country of Korea. Several indicators had been flying around suggesting that the update was on the horizon, so it doesn’t surprise us that it’s now available to install.

Uncertainties have surrounded the LG V20 Android Pie update for quite some time. The device came preinstalled with Nougat but it took ages before Oreo arrived. Similarly, it has taken quite a waiting for Pie to hit the 2016 unit, but it’s finally here.

While it might be smiles and all in Korea, it’s still unclear if and when the V20 will receive Android Pie update outside Korea, where the update is rolling out to all three carrier variants namely LG U+, KT, and SKT. The phone was sold in multiple markets across the globe, including through various U.S. carriers, but updates haven’t been coming its way for nearly a year now on Verizon Wireless, for instance.

At this rate, it’s unlikely that the LG V20 Android Pie update will be leaving the confines of Korea. But of course, this is just a hunch and not official from LG. We still hope that the V20 will get the Pie update globally.

In Korea, the update is arriving as version 30e for all three variants with model numbers F800L, F800K, and F800S. It brings support for Google Digital Wellbeing, gestures for navigation, dual app function, and more, as shared in the changelog below.

-Pie OS is applied.
-Gesture home button function has been added. Drag the Home button up to see your recent history, or drag left or right to switch to recently used apps.
-Added a setting to always adjust the media volume when pressing the volume button.
-Preview is provided at the bottom right when capturing screen.
-Google Digital Wellness has been added.
-Added battery saving feature.
-You can set whether to run each app background.
-Screen rotation button is provided in the home touch button area when screen rotation is required.
-Improved security so that you can turn off the power after unlocking.
-Added lock icon display setting for added security. Press and hold the power button to stop Smart Lock, Biometrics, and Lockscreen notifications when you unlock.
-When auto-brightness is set, the user can learn the brightness control pattern and set the brightness automatically.
-‘Sunset to sunrise’ setting has been added to the comfortable mode.
-You can manage the folder access and Wi-Fi control permissions of the app.
-SD card encryption removes the limitation that the screen lock can only be set by PIN or password.
-Fixed the placement of the home screen so that the location of apps and widgets on the home screen does not change regardless of the user’s intention.
-Added dual app function. You can install one more SNS or Messenger app and use them with different accounts.
Source

Amid uncertainties over the global LG V20 Android Pie update, LG has revealed its software update plans in Korea for the final quarter of 2019. The most notable on the list is the LG G8 ThinQ Android 10 update, which LG says will be released this quarter.

There is no specific date, but we didn’t expect any either. With only two months left coupled with the fact that the G8 ThinQ has been testing Android 10 for quite some time now, the stable version should arrive in the coming weeks, at least in Korea.

NOTE: We have more LG-related stuff on PiunikaWeb. If interested, check out the dedicated section here.

Don't like the MIUI 11 battery icon? Here's how you can revert to MIUI 10 style 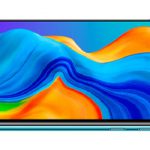