LG V20, as you may know, is South Korean phone manufacturer LG’s 2016 device that’s fueled with Snapdragon 820 processor. The phone came with Android 7.0 (Nougat) layered with LG UX 5 out of the box. It was upgraded to Android 8.0 (Oreo) about an year after the release.

Going by the software update policy, where most of the phones are likely to receive two major OS updates apart from monthly updates for three years, LG V20 should also be upgraded to Android 9.0 Pie. Few months back, Pie’s advent on LG V20 by Q3, 2019 got confirmed along with devices like LG G6 and Q8 (2018).

But not much has come to light about Android Pie’s devdelopment on LG V20 since then. But that changes now, as according to MyLGPhones, Android Pie beta is being internally tested LG V20 device model F800L in South Korea.

As per the report, Android Pie beta firmware LGF800LAT-V27b-IOT-KR-JUL-08-2019+0 has been tested on the IoT (item of test) model of LG V20. Also, the firmware F800L-V27b-IOT.up is an OTA update, and as is the case with beta, it is not a stable patch for it hasn’t been completely optimized yet.

Just for clarity, LG promised Pie for V20 devices in their home country, but there’s no confirmation if the same will be released on LG V20 devices in the other regions. However, it hardly happens that OEM releases a major OS update for region specific devices only.

Here’s hoping the LG gets done with the testing part soon and releases the stable Android Pie update for LG V20 devices sometime soon. Rest assured, we’ll let you know as and when that happens.

BTW just recently, the Android Pie beta build for LG V20’s successor LG V30 ThinQ got leaked. Additionally, it has been officially stated by LG that Pie for LG V30 should be coming in July. So, Android 9.0 Pie should soon be arriving on LG V30 devices sometime during this month only.

A tipster (@HrithikSauw) has shared with us some images of the Android Pie beta build on LG V20. 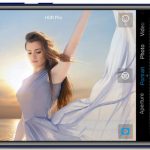