Samsung this week revealed its preliminary Android 10 update roadmap and we pointed out a couple or so surprises in the schedule. The major surprise was that the stable Galaxy S10 Android 10 update will supposedly be released in January 2020.

There were a couple of things that made us strongly disagree with this One UI 2.0 release timeframe for the S10 series. First is the duration the phones have been testing the beta version of the software and the number of beta versions received to date.

True to this speculation, it seems the Galaxy S10 Android 10 update is now rolling out in stable as software version G973FXXU3BSKO.

For owners of the S10e and S10+, the stable One UI 2.0 update should be headed your way with software versions G970FXXU3BSKO and G975FXXU3BSKO respectively.

Looking at the screengrab above, you are probably wondering why a software update that is here to overhaul the entire operating system of the S10 only weighs a mere 133.76MB. Well, its because the initial stable rollout seems to be targeting those who were in the beta program.

In addition to the goodies that come with Android 10 and One UI 2.0, the new update also installs the latest December 2019 security patch, which hasn’t even been announced by Google. Also worth noting is that the rollout is still limited to the global/Exynos models.

For those already on One UI 2.0 build ZSKL that brought the seventh beta update to the Galaxy S10 series, you can grab the OTA file below (build BSKO) and jump to the stable Android 10 right away.

So far, only the download links for the German (DBT) Galaxy S10 units have been captured. These should be applicable on other regional variants as well. We will be in the hunt for the link that gives you the One UI 2.0 stable firmware from Android Pie and update this post when we get it.

It could take several days before Samsung begins the wider rollout of the Galaxy S10 Android 10 update to those who didn’t take part in the beta program. The wait could even be longer for those using carrier variants in the U.S. and Canada for the usual reasons.

We will keep an eye on the developments and let you know when the update arrives for your particular unit, unlocked or carrier-locked.

Stay tuned to our Samsung and Android 10 sections for more related stories. 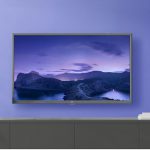 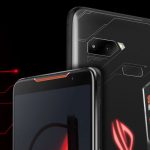