[Sprint] LG V50 ThinQ Android 10 update officially announced, some reportedly even getting it

It was in early November 2019 that we first heard stories pertaining the LG V50 ThinQ Android 10 update. Back then, the best we got was a promise to release the software before the end of 2019.

Sure, the Korean company lived up to its word of rolling out Android 10 to the V50 ThinQ before the end of last year, but this was only true for beta testers.

The software was first released in Korea in November before Sprint owners got hold of the firmware a couple or so weeks later, albeit unofficially. Ever since, there hasn’t been much development in the public eye, until today.

In an updated Q1 2020 software update roadmap, LG has revealed that the V50 ThinQ Android 10 update will be released this quarter.

Although the announcement did not include a date, the latest reports can confirm that indeed the OS is now rolling out. A Redditor claims to have already received the stable Android 10 update on their Korean variant of the V50 ThinQ.

However, he further notes that the device was part of the beta program, so it’s likely that the current rollout is still limited to beta participants. Granted, those coming straight from Android Pie may have to wait for a few days before the OTA arrives.

The current rollout is limited to the Korean market, although those across Europe, Asia, and the U.S. should also receive it in the coming weeks. We will keep an eye on the developments and bring you updates as and when we get them.

While Korean units are getting V500N20b build as stable Android 10, Sprint branded variant might get v20a build as the update. Details here. 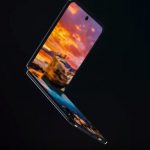 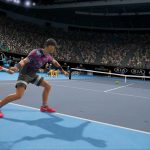