Spoilers for One Piece chapter 965 are finally out. The much-awaited chapter will finally be releasing on December 15, 2019. And as anticipated, Gol D. Roger will make more appearances in this chapter.

A spoiler thread on Reddit posted a raw summary of the upcoming chapters. Some snapshots of pages of the manga with raw translation were also posted. The summary gives us an exciting truth about Toki’s origin, and how Orochi usurped the shogunate from Kozuki Sukiyaki.

Toki’s parents were from Wano

The spoiler post confirmed one theory that Toki was from Wano. But for some unknown reason, her parents or possibly her whole clan migrated from Wano. It is even possible that Amatsuki is one of the five great families in Wano.

Two years after Oden left Wano, Momonosuke was born. By this time, Oden already had a wanted poster. Izo thought that Oden has his family and starts thinking about going home to Wano. Oden, however, refused as he intended to find some answers about something perhaps related to Wano’s isolation.

Toki was fine with Oden’s decision to continue his journey. Perhaps, sometime later, when Hiyori will be born or conceived, Toki might return to Wano without Oden. Over the course of time, both Whitebeard and Roger’s pirate groups gained more strength and fame. Roger eventually became unstoppable taking no challenge in fighting with marines except Sengoku and Garp. Whitebeard pirates now have 5 divisions. Oden was given the second division to command. In the fourth year of Oden’s journey, they met Roger pirates on a certain island.

Roger had just beaten up some marines when his crew saw Whitebeard’s ship on the other side of the island. Roger then expressed his desire to fight Whitebeard to death. Since his days are now numbered, I think it is only natural for Roger to want to go all out with his rival.

Orochi’s grandfather who might have been the head of the Kurozumi family committed seppuku after losing to Kozuki. Orochi has probably been planning revenge by usurping the shogunate by stratagem.

Orochi has been working with an old woman who had the mane-mane no mi devil fruit. She promised to help Orochi become the shogun. Her relationship to Orochi is unknown, but it is possible that they are blood-related. 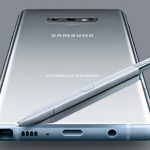