One Piece chapter 964 officially releases today on the Weekly Shonen Jump issue. The title of this chapter is “Oden’s Adventure”. It mainly talks about how Oden finally made it out of the Wano Country.

This chapter also gives us a first clear image of Toki, the beginning of her journey with Oden, and possibly her main objective of traveling through time. The cover continues with the side story, Gang Bege’s Oh My Family.

Their search for Lola has been a failure so far. In chapter 961, Vito discovered some collapsed men with kiss marks. Thinking it was Lola, they headed in the direction of the kisser. To their dismay, instead of Lola, they found Kyuin, the manager of the SMILE factory.

The battle-scarred Dressrosa was left without its king because of the Reverie. King Riku and his company are probably still on the way to Dressrosa. Because of this, a pirate group called Germ Pirates attacked the country. In the current chapter, they can be seen spreading Kiss-kiss cootie, probably a devil fruit ability of their captain. Those infected by this seem to have an uncontrollable vacuum kissing spree. This is probably what caused Kyuin to be on a kissing spree, and being mistaken be Vito. After his encounter with Whitebeard, Oden asked to be admitted to their crew. Whitebeard rejects him many times saying he can be troublesome for their group. Because of Oden’s persistence, Whitebeard decided to leave Wano sectertly at night. Whitebeard challenged Oden that if he can hold on to the chain for three days, he can join their crew. But sadly, just an hour before the challenge was finished, Oden let go to help a girl on the shore. Whitebeard admired this and finally allowed Oden to join them.

The girl Oden helped on the shore was Amatsuki Toki. The same Toki whom Oden later married. Toki wanted to go to Wano, but for the meantime, she stayed with Oden in Whitebeard’s crew.

I believe Toki, whom Oden saved, also came close to them.

Oden’s dream to sail around the world is becoming a reality. He officially became a member of Whitebeard’s ship. To celebrate, Oden went all out. He spared no time to attack enemy ships and territories.

With every adventure, Oden realizes how small a part of the world he is. Little by little, Oden made a name for himself. The Whitebeard pirates continuously appear on articles for his deeds. This caught the attention of many pirates including Roger’s group. Roger seems to know about the closed status of Wano. And he finds it interesting to meet a samurai who got out of that country. Roger and Oden’s meeting will probably be one of the most exciting part of Oden’s backstory. 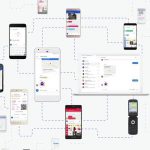